Sidney Gladwin was born in late 1895 in Little Bromley.  His parents, James and Hannah Maria, were both from Ramsey and had lived in Little Bromley for at least four years by the time of Sidney’s birth. Initially they lived in Chequers Road and by April 1901 the family moved to Paynes Lane. The Gladwins had 11 children - 8 sons and 3 daughters - all of whom were born in Little Bromley. James Gladwin was an agricultural labourer, and after Sidney left school he also worked on a farm, as did his two elder brothers.

In late 1915 – under what is often called “the Derby Scheme” - Sidney signed up to join the British Army, though he was not actually called upon until the following January. Sidney most likely joined the 1stBattalion of the Essex Regiment in France during the summer of 1916, in which case Sidney would have been involved in some of the fighting during the Battle of the Somme, and quite possibly saw action in the Ypres Salient as well.

On 14th April 1917, during the early stages of the Battle of Arras, the 1st Essex and the adjacent Newfoundland Regiment suffered extremely heavy casualties during an attack to the east of the village of Monchy le Preux. So heavily had the 1st Essex and the Newfoundlanders suffered losses that for a short period afterwards the two units were only able to form one composite battalion, nicknamed the “1st Newfoundessex”. This arrangement did not persist for long, and over the next month the 1st Essex received a large number of reinforcements to bring it back up to strength.  They returned to the front lines in the middle of May, this time to a variety of positions to the north and west of Monchy.

On 1st June 1917, whilst the Battalion were manning the firing line just north of Monchy, Sidney and two of his comrades were killed, almost certainly by shellfire.  He was 21 years old. Sidney has no known grave, and is now commemorated on Bay 7 of the Arras Memorial to the Missing. 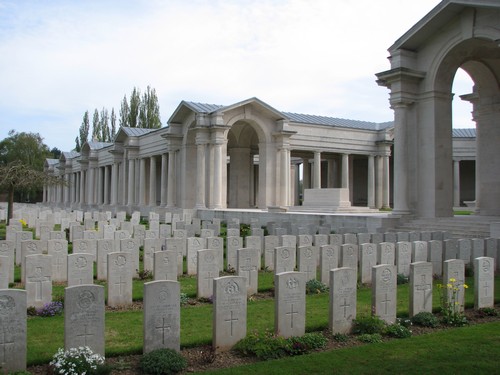 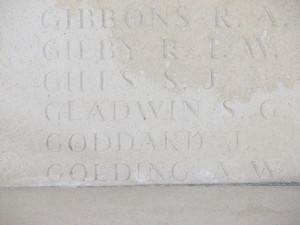