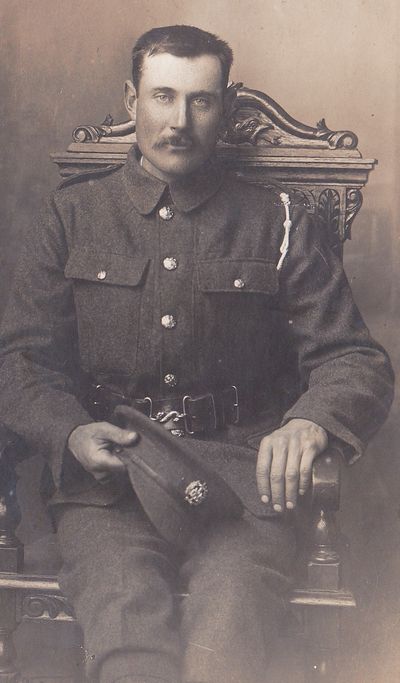 In 1914 Charles married Dorothy Radford. Charles' only son Leonard was born in 1916. As a married farm worker he was in Group 1 for military service and wasn't called up until late January 1917 when he was posted to the 4th Reserve Battalion of the Essex Regiment for training. On 2nd May 1917 Charlie was part of a small draft initially intended for the 1st Essex but which was almost immediately re-assigned to the 2nd Essex. They embarked at Folkestone and landed at Boulogne on the same day. On the 3rd May the draft moved to 15th Base Depot at Calais. After almost a month at Calais the draft of 45 men under Lt E.G. Griffen finally joined 2nd Essex at Mazieres on 2nd June 1917. The Battalion moved into the front line on 15th June and moved back to reserve at Blagny Camp on the 20th.

On 1st September Charlie Manning was killed in action near Arras. The war diary for the first two days of September notes that the battalion was out of the line but supplying working parties. Given that only one fatality is recorded on the two days it seems probable the Charles was killed on a working party on the night of 1st/2nd September:

The family first heard of Charles' death from the wife of a fellow soldier in the battalion whose husband had written home. Charles' younger brother, the 13 year old Clarence, was sent on his bicycle to tell Dorothy the news. Charles Manning is buried in Feuchy Cemetery grave reference II D 15 and is commemorated on the Little Bromley war memorial. 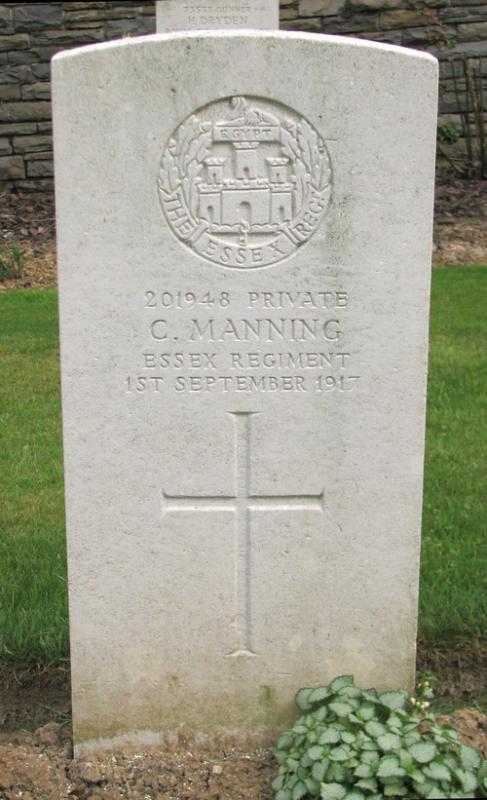