Charles Lucas was born in Manningtree in late summer of 1880, most likely in his parents’ house on Quay Street.  Both of Charles’ parents were from Manningtree or Mistley, his father Benjamin was originally a Labourer, though he later earned a living as a Fisherman.  Benjamin Lucas had married Eliza Lay in 1876 and they went on to have 13 children, of whom Charles was the third.

After he left school, Charles became a Fisherman – quite possibly working for his father – though by April 1911 he was employed as a Quay Labourer.  At some time between April 1911 and December 1914, Charles moved from Manningtree to Little Bromley, though evidence found to date does not indicate where in the village he lived.

In mid-December 1914 Charles went to Colchester and volunteered to join the Essex Regiment, and was subsequently posted to the Regiment’s 10th Battalion.  With the 10th Essex, Charles was sent to France as part of the 18th (Eastern) Division and disembarked at Le Havre in the early hours of 26th July 1915.

Over the next 11 months the Battalion’s tours of duty in the front line were all spent in what was at that time a quiet sector – the Somme.  This is not to say that it was free of danger, and the Battalion suffered many casualties, including its Commanding Officer who was killed.

The 10th Essex were involved in the fighting on 1st July 1916, the first day of what is now commonly called The Battle of the Somme.  The 18th Division was one of the very few which attained almost all of its final objectives on that day.  The Battalion remained in the front line for the next week, and during that time were responsible for the capture of Caterpillar Wood.

Charles and his battalion returned to the front line early in the morning of 14th July, when they were moved up in support of an attack to capture Trones Wood.  They initially occupied positions in Bernafay Wood, and a trench called Longueval Alley which connected Bernafay Wood and Trones Wood.

Both Longueval Alley and Bernafay Wood were shelled heavily during the day, and the Battalion Headquarters itself received 5 direct hits although it survived intact.

One of those killed by the shelling was Charles Lucas.  Charles is officially commemorated on Face D of Pier 10 on the Thiepval Memorial to the Missing of the Somme. 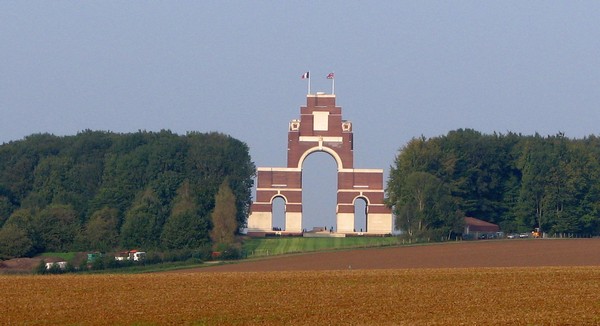 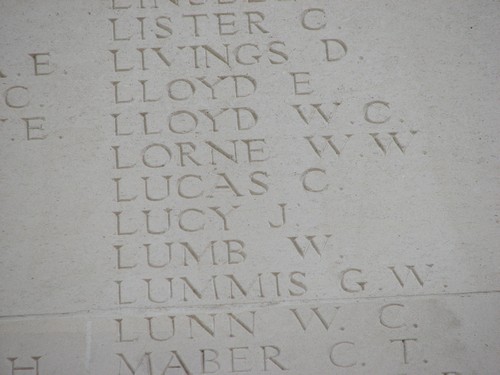